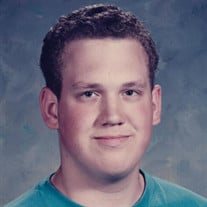 Benjamin Edward Little Bear Hogge, 44, departed this life on April 2, 2022. He was a member of the Eastern Division of the Chickahominy Indian Tribe. Benjamin worked with many organizations throughout his career in public safety, including the... View Obituary & Service Information

The family of Benjamin Edward Little Bear Hogge created this Life Tributes page to make it easy to share your memories.