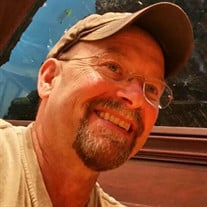 David Stacy came into this world July 30, 1959, at Roanoke Memorial Hospital. After an eventful if all too short life, Dave passed on September 17, 2020, at home in Sandston, VA, surrounded by family. He was 61 years young. Dave is survived... View Obituary & Service Information

The family of David Stacy created this Life Tributes page to make it easy to share your memories.