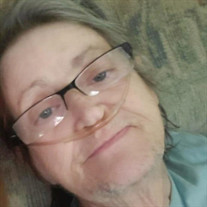 Doris R. Thorne of Providence Forge, VA passed away January 10, 2022. She is survived by her husband George of 59 years, a son Ron Thorne (Donna); two daughters Rhonda Thorne (Kristene) and Tricia Holliday (Rob). She was a wonderful and loving MeMe to her grandchildren Daniel Thorne, Chelsea Hamrick (Tyler), Tiffany Hockaday, Greg Hockaday, Logan Vaughan, Dylan Thorne-Jeffs, Lucas Holliday; great-grandchildren Briana Shaw, Alayna Keheley, Hunter Hamrick and Owen Hamrick; an aunt Francine Ledford (Calvin), sister-in-law Rose Rhinehart, two nephews Michael and Alan Rhineheart (Jennifer) and many great nephews/nieces, cousins and friends. Doris is preceded in death by her mother Lucy Biddix (Sam), father Roscoe McGaha, two brothers Carl and Bill Rhinehart, grandfather Francis Carl Trantham, grandmother Pearl Cogdill Trantham, uncles: Raymond, Boone, Roy, Robert Paul and Tom Trantham and aunts: Irene Allen, Susie Davis, Ethel Trantham and Frankie Grindstaff. Doris was born on May 30,1948 in Cocke County, TN and moved to Fines Creek, NC at a young age where she learned more about her native American heritage and culture which she used in her daily life with her uncles and aunts that she called her brothers and sisters. She later moved to Poquoson Virginia, where she attended Poquoson High School and met the love of her life George. They were inseparable. They loved going to drive in movie theaters, hanging out at Buckroe Beach and cruising around in the car. They were married May 30,1964 and set out on a journey after George enlisted into the United States Navy. This journey took them to different places, but they eventually settled down in Providence Forge, Virginia where Doris worked tirelessly as a Foreman at Owens-Illinois Glass bottling plant for Anheuser-Busch for 27+ years. In 1997, she was able to achieve her dream of owning her own house with the love of her life George. In her retirement, Doris spent her time with George going to yard sales, fishing, gardening, having cookouts and spending time with family. Doris leaves behind a legacy of love, care and connection to her family and friends that will NEVER be forgotten. In lieu of flowers, any donations can be made to the Charles City Volunteer Rescue Squad. We thank them.

Doris R. Thorne of Providence Forge, VA passed away January 10, 2022. She is survived by her husband George of 59 years, a son Ron Thorne (Donna); two daughters Rhonda Thorne (Kristene) and Tricia Holliday (Rob). She was a wonderful and loving... View Obituary & Service Information

The family of Doris R. Thorne created this Life Tributes page to make it easy to share your memories.