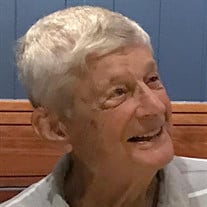 Robert P. Hart Jr. of Cologne, age 94, passed away on June 22, 2022, at his home on the York River. He was the son of Robert P. Hart Sr. and Virginia Bland Hart. Bobby was preceded in death by his wife of 62 years, Edie Gannaway Hart, his sister, Minor Hart Trevilian, and his grandson, John Gannaway Hart Jr. Survivors include his children: Mike Hart (Martha), Jack Hart (Clyde), Gina Kane (Frank), and Sara Sanders (Stewart); eight grandchildren: Ragan Hart (fiancée, Megan Young), Robert Hart (Ann Laurence), Tris Jones, Sam Hart (Sallie), Becca Hart, Alicia Sanders (Jeanne), Edie Sanders, and Mary Sanders; granddaughter-in-law Jennifer Hart; and four great-grandchildren. If family was his heart, the family business was his soul. Established by his grandfather in 1903 as a general merchandise store, it continues as a farm run by his grandson. Bobby filled all roles as needed, including merchant, mill hand, farmer, postmaster, and delivery driver. Having earned his driver’s license at age 14, he was at home behind the wheel — delivering feed and supplies across the state, working his fields on tractors and combines, traveling across the country on road trips with Edie, and mowing lawns in and around Cologne, humming “King of the Road” as he rolled along. Bobby regularly spent summer Sunday afternoons at the helm of his boat, exploring the York River and sharing his love of waterskiing with all who wanted to learn. Always active in the community, Bobby served Shackelfords Chapel and its Memorial Association in many ways over the years. He served on the King and Queen County Planning Commission and Board of Zoning Appeals for decades. He was a member of the West Point Ruritan Club and a founding member of the Board of Directors for the Bank of West Point. Bobby supported his children’s schools in King and Queen and in West Point, even providing farm wagons — and pigs — for homecoming parades. Bobby described himself as ornery. Though inclined to agree with this assessment, his family will remember the best of him — his sense of humor, work ethic, discipline, determination, loyalty and love. In lieu of flowers, memorial contributions may be made to the Lower King and Queen Volunteer Fire¬–EMS, the Healthy Harvest Food Bank, or the Shackelfords Chapel general fund. A private graveside service is planned. Please visit www.vincentfh.com to share your memories and thoughts with the family.

Robert P. Hart Jr. of Cologne, age 94, passed away on June 22, 2022, at his home on the York River. He was the son of Robert P. Hart Sr. and Virginia Bland Hart. Bobby was preceded in death by his wife of 62 years, Edie Gannaway Hart, his sister,... View Obituary & Service Information

The family of Robert Presley Hart Jr. created this Life Tributes page to make it easy to share your memories.