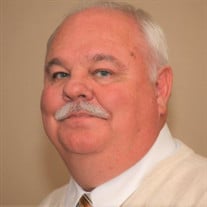 Rory “Bud” Swanson, 70, of King and Queen County, VA, passed away unexpectedly on April 20, 2022. He was the son of the late Army Sargent First Class Roy Swanson and Jacqueline Swanson (Women’s Army Corp Private First Class) of Park Rapids, MN. Bud was preceded in death by his wife of 48 years, Kathleen “Kitty” Swanson. He is survived by his children, Kristen Swanson Houston (Vince) and Daniel Swanson (Sidney); grandchildren, Danika Swanson, Adeline Swanson, Audra Boone, Everett Swanson, and Nancy Anne Swanson; mother, Jacqueline Swanson; Brothers, Steven Swanson (Julie) and David Swanson (Julie); and a host of nephews, nieces, other relatives, and friends from the Lower King & Queen Volunteer Fire Department. Born in Chelsea, MA, Bud moved with his family to (the then active) Fort Monroe Army Base in Hampton, VA in 1962. Following his graduation from Kecoughtan High School (Hampton, VA) in 1970, he served our nation as an Airman in the United States Air Force from 1970-1974. Bud married his high school sweetheart, Kitty, in 1972 at the Fort Monroe Chapel. After his military service (stationed in Myrtle Beach, SC with a tour in Thailand), Bud and Kitty moved to Bemidji, MN where he received a Bachelor of Science in 1978 from Bemidji State University. While at BSU, Bud was an announcer for the campus’ radio station, and also was a statistician for the Sports Information Director’s office. When Bud and Kitty returned to Hampton, VA in 1978, he worked as an announcer and news writer for WNOR FM99, prior to beginning his career in telecommunications. During his 20 years of employment with Time Warner Cable (Hampton, VA), Bud worked his way through the ranks, from Dispatcher and Installer, to System Designer, and then Technical Support Supervisor. After a franchise acquisition, Bud’s employment transitioned to Cox Communications (Hampton Roads), where he served as Project Coordinator, Construction Planner, and Construction Supervisor for a team of 22 prior to his retirement in 2016. Following his retirement, Bud worked part-time at the Middle Peninsula Regional Airport, and then later for AMR (American Medical Response, Inc.) doing medical transport. For almost 15 years, Bud devoted his time to the Lower King & Queen Volunteer Fire Department, serving as Secretary, Captain, and Fire Prevention Officer. At the time of his death, Bud was the Chairman of the Ethics Committee. He was a true example of a dedicated volunteer Firefighter and EMT, and was willing to step in and lend a helping hand at any moment. When he wasn’t at (or volunteering on behalf of) the fire department, taking care of his beloved Kitty, fishing in the Outer Banks of North Carolina, cruising down Claytor Lake (Pulaski, VA), or loving on his grandchildren, you could find Bud exploring Williamsburg with dear friends, working in the yard, planting fruit trees, having lunch at Nick’s or Albarro’s in Shacklefords, enjoying a cup of Dunkin’ Donuts coffee, listening to Classic Rock music, watching Law and Order, or cheering on the JMU Dukes, the Virginia Tech Hokies, the Minnesota Vikings, or the Washington Football Team. A memorial service to celebrate Bud’s life will be held at 2pm on Saturday, May 7th at Vincent Funeral Home, 417 11th Street, West Point, VA. The family will receive friends one hour prior to services. In lieu of flowers, the family requests that donations be made to the Lower King & Queen Volunteer Fire Department (Gressitt Station, #4), PO Box 187, Shacklefords, VA 23156. * A recording of Mr. Swanson's service can be found at: https://vimeo.com/711017177 *

The family of Rory "Bud" Swanson created this Life Tributes page to make it easy to share your memories.