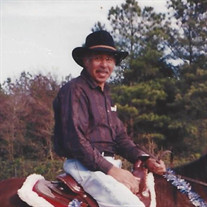 William Avery Quivers, also known as “Biddy”, 89, of Charles City, VA, entered into eternal rest on February 2, 2022. He was one of 12 children born to Albert and Elnora Quivis. William was born on May 11,1932. He attended Charles City Public Schools and graduated from Ruthville High School. At an early age, “Biddy” accepted the Lord as his Savior and joined the Gilfield Baptist Church in Charles City, Virginia. He was a dedicated servant of the Lord and continued to be an active member of the church throughout the later years of his life. William married Bessie Olivia Hughes in 1951 and shared in this union for 63 years until her death. She was the love of his life and the couple had four sons. During their marriage, Sunday evenings were often spent having coffee and cake with family. They also enjoyed taking trips with their friends, Bill and Kay Allen. “Biddy” was devoted to his family. He was a regal man; his dress immaculate from head to toe. But more than that, his character matched his stature; he soared in kindness, peace, and goodness. William retired from Stone Container after many years of service. After retirement, he could be found reading the paper in the evenings, watching the Atlanta Braves, or laughing while watching Sanford & Son. “Biddy” remained a loyal member of Gilfield Baptist Church throughout his life. He was a devoted trustee for many years. Because of his proximity to the church, he was always available when anyone needed access to the church for meetings, choir rehearsals or other church business. William was preceded in death by his wife, Bessie O. Quivers; son, Wayne A. Quivers; and parents, Albert and Elnora Quivis. He leaves to cherish his memory three sons, Terry (Vertell); Kevin (Barbara); Anthony; 10 grandchildren, 6 great grandchildren; one devoted sister-in-law, Clarice Hughes, devoted niece, Kimetha Hughes, devoted cousin, Carroll Hughes (Hester), a special daughter-at-heart, Mrs. Lillian C. Charity (Jasper); and a host of nieces, nephews, other relatives, and friends. The family would like to thank the Gilfield Baptist Church Ministry, devoted niece Kimetha Hughes, Covenant Care Manor, Linda Patterson of Epiphany and Vincent Funeral Home. In lieu of flowers or monetary gifts, the family wishes donations be made to the Gilfield Baptist Church Building Fund. A graveside service will be held 1PM Wednesday, February 9, 2022 at Gilfield Baptist Church, 6640 Church Ln, Charles City, VA 23030. A visitation will be from 6PM-8PM Tuesday, February 8, 2022 at Vincent Funeral Home, Providence Forge, VA. **Mask are required when attending services for Mr. Quivers**

The family of William Avery Quivers created this Life Tributes page to make it easy to share your memories.